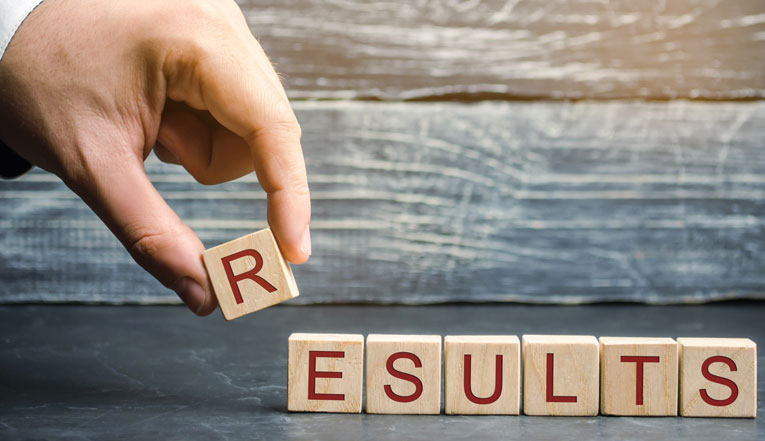 As part of the preparation process for the new programming period 2021-2027, a draft territorial analysis was developed covering the eligible area of the Interreg Next Black Sea Basin Programme.

In order to explore the expectations of the stakeholders as first step for thematic concentration of the programme strategy, an online survey was published to receive inputs regarding the Policy, Interreg and specific objectives considered as relevant to receive support.

Survey has been online from 11th of January 2021 until 12th of February 2021. The survey included a mix of questions including quantitative and open-ended qualitative questions. 340 stakeholders have fully completed the survey. The survey managed to reach out to academic institutions, business support organizations, international / interregional organizations, consultants, enterprises as well as the public.

Please find below the results of the survey:

Countries of the stakeholders by participation 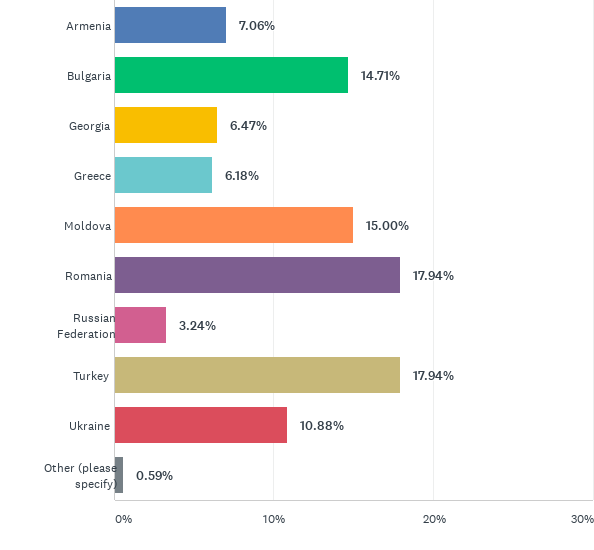 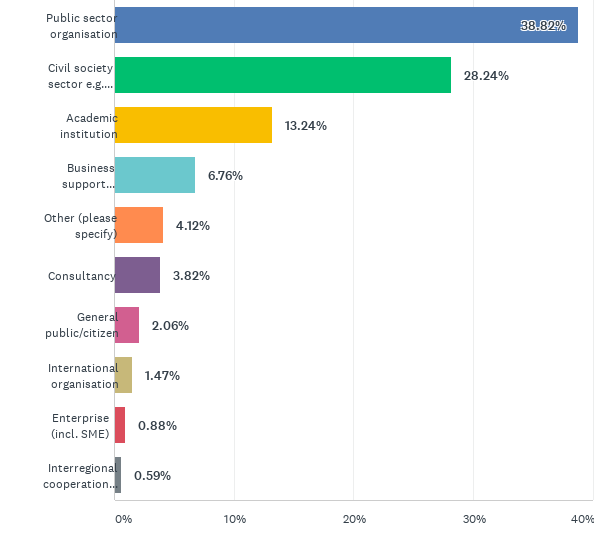 Levels of operation of participating organizations 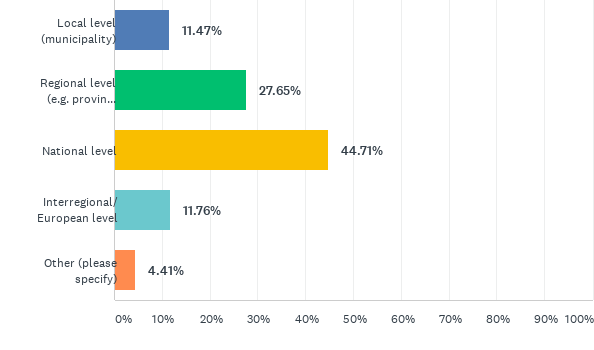 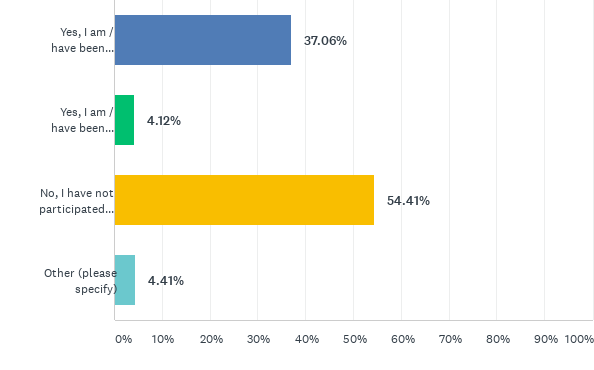 Ranking of all Objectives

Below graph and table represents the weighted average of each policy and Interreg Specific Objectives. 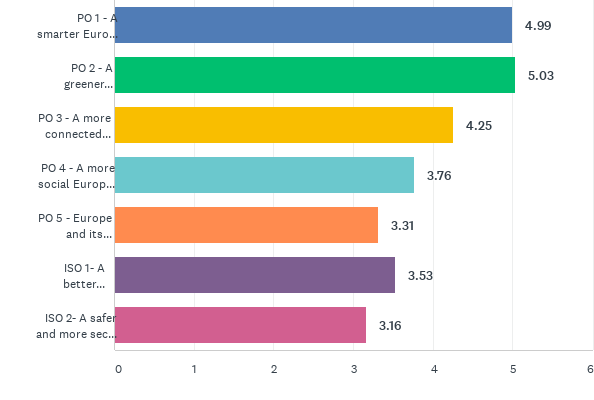 Ranking of Specific Objectives Under Policy Objective – 1: “Smarter Europe and its Neighbourhood”

The following Specific Objectives have been considered:

Ranking of Specific Objectives Under Policy Objective – 2: “A Greener Low-Carbon Europe and its Neighbourhood”

The following Specific Objectives have been considered:

Ranking of Specific Objectives Under Policy Objective – 4: “A More Social Europe and its Neighbourhood”

In addition to the online survey, consultation events with National Working Groups (NWGs) in an online environment have been also carried out during February 2021 in all the participating countries.

The conclusions of the consultations (both online survey and events with NWGs) of the stakeholders from the participating countries regarding the Territorial Analysis developed for the eligible area of the Programme were discussed during the Joint Programming Committee on 25th of February 2021. Based on these conclusions, taking into account the provisions of the new proposal for an Interreg Regulation on thematic concentration and following the analysis of the needs and development potential of the area, the Joint Programming Committee agreed the following Policy Objectives (POs) and the Specific Objectives (SOs) to be funded under the future Programme:

These selected Specific Objectives will be the subject of the second round of consultations of the stakeholders from the participating countries, with the purpose of further thematic concentration, process agreed to start in March 2021.