The Museum of National History and Archeology from Constanta invites the public who love history and cartography to the opening of the exhibition Mapping the Black Sea. The Black Sea in the European Cartography, which will take place on Thursday, June 24, at 12.00, at the headquarters in Ovidiu Square, no. 12. The exhibition is organized within the project Black Sea Archaeology, History and Culture Portal – ARHICUP (BSB867).

The oldest cartographic evidence of the Black Sea coast belongs to antiquity and is a map made of leather, which refers to the period 230-240 AD. It was discovered during archeological excavations at the Dura Europos fortress on the Euphrates River in Syria. It predates the so-called Tabula Peutingeriana (4th century AD), an itinerary or guide produced by Roman engineers.

The development of commerce and navigation in the Mediterranean basin, carried out mainly by Italian city states of Venice, Genoa, Ancona, and Amalfi, required the creation of portolans, which described the ports, connections and distances between them and the easiest access routes. The most renowned masters of navigational charts were Petrus Vesconte from Genoa, Angelino de Delorto and Guillelmo Soleri from Majorca, among others. Hence map-makers’ workshops in Venice, Genoa, Pisa, Amalfi and Majorca established the foundations of modern European cartography.

Abraham Ortelius was among the first Europeans to create historical maps, including one of the Black Sea. Conceptions of the Black Sea Coast in the 16th–18th centuries appeared in the works of many European mapmakers, cartographers’ guilds and workshops. Famous map-makers notable for their achievements include Nicolas and Guillaume Sanson, Guillaume de l’Isle, Johann Baptist Homann, Isaak Tirion, and Johann van der Bruggen.

The exhibition, which can be visited between June 24 and August 29, 2021 on the second floor of the Museum of National History and Archeology in Constanța, presents, through 30 posters, maps and geographical descriptions that show that over the centuries there have been people with an economic and scientific spirit – scientists, sailors, clergy, merchants and the military – who have overcome all obstacles and prohibitions for the sake of collecting, analyzing and providing information and knowledge, less oriented towards the human faith and more towards the humanist mind.

After the opening, the exhibition will be present on the project website www.arhicup.com, where we invite those who fail to get to the museum, to access it, in the “Activities” section. 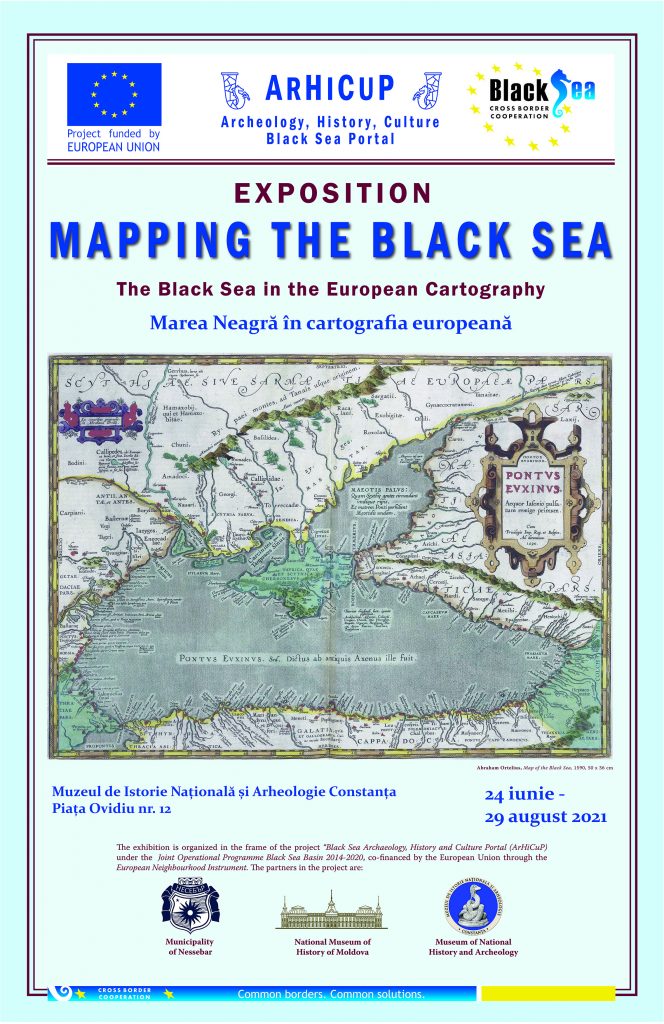